What is an IBAN?

An IBAN is used to identify a recipient’s bank account in an international payment. Increasingly they’re also used for domestic payment, for example within the EU. IBAN stands for International Bank Account Number and acts as a secure way of representing how a country refers to its bank accounts. They can include alphabetic characters where necessary. 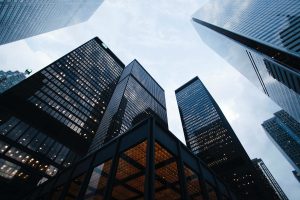 The IBAN starts with a country code which is two letters, e.g. DE for Germany, followed by two check digits which helps avoid some errors. The remainder is specific to each country and the formats are published online.

There are 77 country formats according to the IBAN Registry including all of the EU but not China, India, Russia or the USA. The longest IBAN is for St Lucia and is 32 characters and the shortest for Norway at 15. Almost twice as many formats have an even number of digits.

An example IBAN for a Barclays account in the United Kingdom is:

IBANs have components we can recognise, like bank codes, domestic check digits (where relevant) and account numbers, but they can also have banking group identifiers, e.g. ‘ABNA’ for ABN Amro. Not all accounts can have an IBAN and checking an IBAN is valid is more than just checking the check digits. The domestic account number inside an IBAN may be out of date or wrong.

As an example, the Single European Payments Area (SEPA) relies on the IBAN for routing euro payments both cross-border and domestically, As part of the migration to SEPA, businesses had to convert their databases of domestic account numbers to the IBAN format which uncovered errors in the account numbers they were using which the legacy payments systems were handling.

As new payments systems are developed, many countries are likely to adopt IBAN along with other standards. So you may not need to know what one looks like now, but in future they may be commonplace.

Mk2 Consulting wrote a more in-depth article on IBANs and their history for Northey Point which is available here: https://northeypoint.com/2020/06/21/iban-the-only-bank-account-format-youll-ever-need/.

Jonathan Williams is the Principle Consultant and Director of Mk2 Consulting